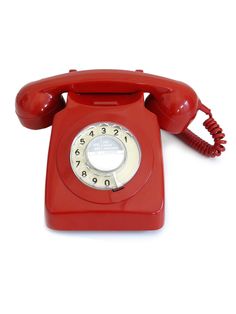 This week I was contacted on the phone by a social worker asking me if I was willing to be assessed as a potential adopter for OB's two younger birth siblings.

I would say the phone call was out of the blue, coming as it did with no warning just as I was making tea. But if I'm honest, it wasn't. I knew about the existence of these little ones. In fact once, I actually saw their mum pushing them down the street in a double buggy. And I knew that if you adopt a child, there's always the possibility that you'll be asked to consider future siblings. So, no, not out of the blue.

Within about six months of adopting OB I knew that, when the time was right, I would look into adopting again. I had various ideas about how this would happen. Maybe I would adopt a child I fostered. Maybe I would contact the LA and be matched with a child I didn't know, like other adopters. I did not know how it would happen, but I knew I wanted to make it happen.

When I realised OB had one sibling, and then two, I held back. In fact, I held my breath. At each stage, I expected a call. It was all I could do to stop myself from calling social services and demanding information.

As the months, and then years went by with no call, I began to relax. And I began to feel hopeful. I had spent a lot of time around OB's birth mum. I got to know her. I wanted her to do well and hoped for her to have a better future. I moved forwards and began the process to adopt Birdy. I fervently hoped that OB's birth mum was able to move forwards too, together with her family.

That this has not happened for her has upset me more than I thought possible. I cannot take OB's siblings. It's simply an impossibility, so there has been no soul searching on my part. I am certain that to attempt it would be to bring disaster down upon us all. My sorrow is not about making that decision, but about that young woman and these two little children, and the loss and the grief and the anguish.

The whole adoption scenario would be so much more clean cut if birth parents were monsters. There probably are monsters, but I haven't met any. I have met a lot of vulnerable, abused, lost people. I can't say definitively that the right support, whatever that looks like, would have remedied their situations - the reality is much more tangled than that and won't be neatly tidied up - but I do know that, even in these nightmares, not everything that appears monstrous is a monster.
Email Post
Labels: adoption Birth Family