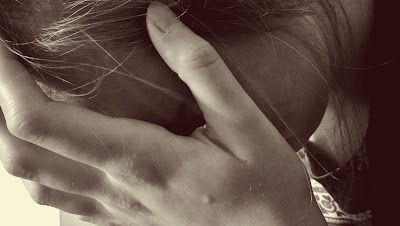 I was talking to a friend this week who works on the pastoral team at a large local high school. A young girl from a neighbouring school was killed in the Manchester bombing on Monday. Some of the students at my friend's school had been in primary school with her, while others knew her socially or lived near to her. Some of the pupils and staff from his school had also been at the concert, and had thankfully escaped unharmed.

The terrible deaths of so many people at the Manchester Arena will have touched many communities around the country. Even for those of us who had no direct involvement, the shock of the events last Monday night still reverberates. Many of us have been to the Manchester Arena. Many more of us have attended some gig or other in our lifetimes. No doubt scores of schools and teachers around the country have been counselling, supporting and explaining in the wake of this horror.

My friend also told me about another boy at his school. The day before the Manchester bombing, this young lad had come home to find his dad dead on the floor. He was back in school on Monday, anxious to escape the house and get away from the trauma of it all. Again, the staff and students rallied round.

It reminded me, if I needed reminding, that trauma affects so many children in our schools in different ways. It can come as a result of a sudden event, like this young lad or those young people at the Arena, or it can build up over months and years of abuse or neglect or frightening experiences.

In the last week, the word 'trauma' has been spoken or written about many times. Broadcasters have discussed the effects of trauma with specialists, talked about how it is best managed, explained to us that what is needed in the early stages is a nurturing environment and openness, while some people will need extra support to begin one or two months later if they are still suffering the after effects once the initial shock has worn off.

I am glad to see these discussions taking place, and I am just as glad to see news articles and opinion pieces praising the teachers who have been there for hundreds of frightened, grieving kids all around the country. I'm sure none of them said anything like, "School is for education, it's not a counselling centre," or "It's my job to teach, not to be a therapist." I'm sure none of them said that.

So I have to wonder why, when so many children are entering the school gates daily with a huge dose of trauma in their backpacks, I've seen these words written in response to their trauma by teachers in blogs and on social media - "It's not my job". We are talking about children who have witnessed and experienced horrific domestic violence, or who have been left hungry many, many times, or who have been left alone, terrified for hour after hour, or who have been suddenly taken from their families, their homes and everything familiar to them at a moment's notice. We're talking about children so young that they don't have the communication skills to even engage in counselling to work through their trauma, children whose conscious memories may not even be able to recall the events that led to their bodies and minds repeatedly betraying them, children who find their hearts beating, ears ringing, sweat pouring at triggers they can't even identify.

Maybe it's harder to empathise with their experiences. As adults, we can all, perhaps, imagine ourselves in the place of someone who experiences a nasty car accident, or who is attacked on the street, or who is driven frantic over their missing child. Childhood neglect and abuse is perhaps more difficult to identify with. So maybe it's about empathy. Or maybe we just don't want to go there in our minds. We want a happy ending, where the trauma stops once the traumatic experience stops. Except we know it doesn't. The broadcasters and experts have told us that.

No adoptive parent, foster carer or guardian wants their child's teacher to be a counsellor, or a therapist. We understand that they are not trained for that - indeed, it is not their job - and amateur therapy is hardly desirable. What parents and carers of children who have experienced early loss and trauma want is simple: acknowledgement. Trauma is real, and its after effects are real, whether it happens at 2, 12 or 20, whether it comes as a sudden, traumatic event, or builds up over time through repeated actions or inactions. Let's make our schools a safe, nurturing place for all children who have experienced trauma. Who would not benefit from that?