A lot of things have happened in the adoption and fostering worlds this week. BBC Radio 4 ran a File on 4 feature on the results of a survey carried out in conjunction with Adoption UK. National news media discussed trauma, attachment, child on parent violence, families in crisis, with splashes on BBC Breakfast and Victoria Derbyshire.

In London, adoptive parents discussed child on parent violence at the DfE Adoption Support Expert Advisory Group. An article appeared in the Huffington Post sharing one family's experience of being hit, kicked, spat on and bitten by their much-loved adopted son. An Adoption UK survey gathering views on the Adoption Support Fund was released.

Conversation on social media got around to the topic of timely mental and emotional health assessments of children who are brought into care. I re-stated my firm belief that every child who comes into foster care should have a professional mental health assessment before moving on to permanence. A representative from the NSPCC replied to me that his charity, along with others, had successfully lobbied the government on this issue, and pilots on assessing mental health alongside physical health on entry to care would begin in April. 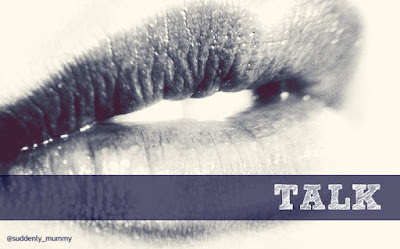 Nothing that has been said about the challenges of adoption this week is news to anyone in the adoptive parent community. In fact it's same old same old. People have been saying these things for years. A frustrating lack of action has been the usual response.

Sometimes, that first courageous talker opens the floodgates. Others start to talk. A community builds. Stories are shared. Eventually it reaches the ears of somebody who has influence, power to take action. Yet action doesn't come. People need to be convinced. Is what they are hearing real? Can it be evidenced? Is there measurable data? Are there realistic solutions? Governments come and go. Several steps back. Go over old ground again. Grasp at progress brushing the fingertips. We feel we shouldn't have to keep being patient, and yet it is necessary.

When the first action comes, it looks like tinkering. Who will take radical steps? Who will espouse wholesale overhaul? Maybe nobody ever will. Radical change is not a feature of those who fear they will lose their ministerial positions at the whim of the electorate. The first attempts are something, but they are imperfect, patchy, limited.

In England today, extra money is given to schools to help them support adopted and permanently placed children. Is it enough? Is it always spent appropriately? Do we even know what it should be spent on? It's a start, but we sense there is a way to go yet.

The Adoption Support Fund can now provide finances to the parents and carers of permanently placed children to access therapeutic intervention and support. Again, it's imperfect but, in our experience anyway, infinitely better than the great yawning chasm of nothing that was on offer before.

Talk matters. Keep talking. To each other, to education professionals, to social workers, to government ministers, to organisations, to the media. Talk face to face, in support groups, on social media, by letter and email and blog. Talk when nobody seems to be listening. Look for those whose talk reaches higher and further. Talk to them.