In defence of a pause before the Intros Storm 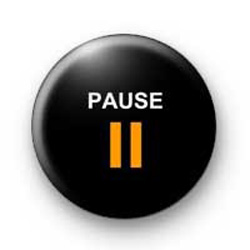 Is it just me, or are adoptions speeding up? I know there's always been the rhetoric about children languishing in foster care, waiting for a loving family (thanks for that!), and some very laggy aspects seem to have been tightened up, probably to everyone's benefit, but recently I've noticed that a lot of prospective adopters are beginning intros within a few days of matching panel.

It seems precipitous to me.

I'm an adopter too, so, although I fostered my children and had them living with me, I do know how incredibly slow and drawn out the process can be. I can only imagine that it must seem a million times worse when your future child is still a face in a photograph and an impersonal wad of paperwork.

Once the family finder and the panel and the agency decision maker have all agreed that this adoptive placement is a good match, all that's left is to devise a plan for intros and then get on with it. Why not get on with it then?

Well, I feel I have to put forward a defence for a pause before the storm. When NB was adopted, all those years ago, we had weeks to wait between the match being approved and NB actually meeting his new mummy. Later, when BG moved on, the matching decision was signed off on Friday and intros began on Monday.

I know which I prefer as the foster carer. Long before NB's mummy got her decision from matching panel, we had met. We had talked about NB, shared pictures and stories and email addresses. Our correspondence grew and warmed over several weeks as we waited for the process to exhaust itself. Yet all this time, I was not allowed to mention anything about her to NB. Why? In case, for some unimaginable reason, the match wasn't approved and it all came to nothing.

I kept a bag of introduction materials that NB's mummy had prepared in a high cupboard. There was a DVD, a recording of her reading his favourite story, a photo album, and a picture of mummy. I waited and waited until I heard that it was a "Yes". And then I got the bag down and, little by little, over several weeks, I introduced the treasures inside to a wondering NB.

He had only said his final goodbye to his first mummy a few weeks earlier. Now he learned that he was to get a new mummy. It took time for this developmentally delayed three year old to process the information. Slowly, slowly, we sampled the photo album, spotting the cute bunny soft toy peeping out in each picture. I made photocopies of the photo of his new mummy and let him look at them or leave them, or eat them, depending on his mood.

Eventually he took a photo of his new mummy up to bed with him. I laminated one and stuck it to his bedroom wall. We watched the DVD together. And then we watched it countless more times. He started pointing at it and saying 'Mummy'.

When the first day of intros arrived, and she walked into our house, he looked at her and said, "Mummy!" straight away. It was a spine tingling moment.

With BG, I received the carefully-prepared bag of intros materials in the same way. I put it in the high cupboard. I waited for the nod from matching panel, and then I had two days to show it all to her before her new parents walked through the door. A week later and she was gone. It's not enough time. It's just not enough.

The adults in the adoption process have months, maybe even years, to get used to what will be happening. The children are not afforded that luxury. We can argue back and forth about the possible detrimental effects of 'delay' in the process on the children, but I will always maintain that the process of helping a child to understand who their new parents will be is one that cannot be rushed. Not for the sake of the foster carers, the social workers or the adoptive parents.

At that crucial moment, a child needs time. The adults may be impatient, or have schedules or whatever, but a child understands none of that. A process that truly has the child at the centre will allow a child time and space to process what is about to happen to them, as far as they can.

So let's dampen down our adult impatience, our need to tie off the ends, our desperation to reach the climax of the process. Once these children are adopted, it is for life. Let's give them some time to let that sink in.
Email Post
Labels: adoption Fostering Introductions Life Story