The Seven Stages of Being Dumped with a Stranger 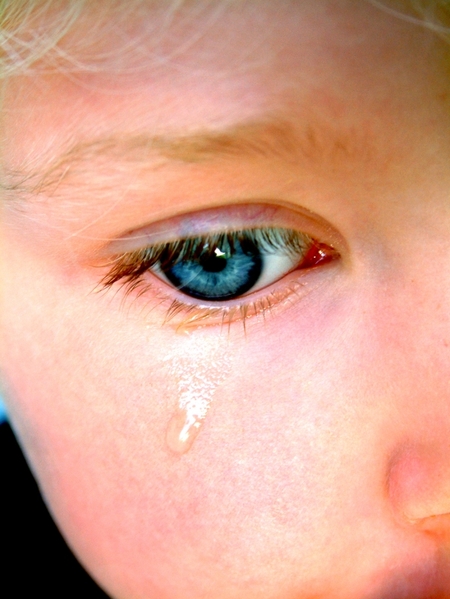 Emergency foster placements are not pretty. In the course of a day, a child has been removed from family, possibly forcibly and with police involvement, taken to a strange waiting room, possibly in a police station, and then driven to a stranger's house and left there with little in the way of introductions and often only with the clothes on their back. Sometimes they have also been separated from siblings who have been parcelled out to other foster placements.

A little boy has come to us under these circumstances. It has been just over 24 hours, and this has been his emotional journey so far.

It was Friday evening. Nobody wanted to be hanging around and everybody was anxious to see this little one settled in his placement as soon as possible, so handover was perfunctory. After about seven minutes, and with little ceremony ("You be a good boy and stay here with this lady, ok?"), the two social workers left. The moment they began to move towards the door, the terrified wails began. Maybe he didn't know these social workers all that well, but they had been his companions through the ordeal so far and now they were leaving him. Alone. With these strangers. This lasted for about 90 minutes.

"Mamma! Mamma! Mamma! Mamma!" After a long time crying hysterically and scratching at the window and the door to get back to the social workers, he finally realised that they were gone and I was the person he needed to appeal to now. His wails were heartbreaking and relentless for around two hours, accompanied by hot tears and head clutching. He grabbed my hand and tried to pull me to the door. He even stroked my face, looking right into my eyes while pleading over and over again for his Mamma.

Perhaps thinking he would get what he wanted if he did something I wanted he eventually calmed down and submitted to putting on the pyjamas I had laid out for him. He was quiet as I undressed him and then dressed him again, and then he asked for his shoes and coat and said, "Mamma?" And the begging began again, his cries even more desperate because of his newly dashed hopes.

I delayed putting him to bed (in his coat and shoes) until he was beyond exhausted in the hopes that he'd fall asleep without too much distress, so it was past 11pm when we finally put his lights off and closed his door. He spent a blessedly peaceful night. And then, this morning, I awoke to the unmistakeable sounds of 'sneaking around'. When I found him, he was by the locked front door with his clothes held against his chest in a bundle. He had made himself a drink of water and was obviously prepared for flight. More heartbreak when he realised his plans had been thwarted.

Struggling with our communications issues (is the bilingual toddler incomprehensible to me because of poorly-formed English or because he's actually using a different language right now?) and the apparent lack of suitable food or drink in the house, we made a trip to the supermarket. I asked him to sit in the trolley and point to foods and drinks that he liked. His behaviour was impeccable in every respect. He picked out quite a few items (several of which were rejected when actually offered as food) and even ate some apple and half a doughnut as we shopped. But when he realised that we were parking the car outside my house at the end of the trip instead of his own, his hopes were dashed again and we returned to tears.

After a short nap, the rest of the afternoon stretched ahead of us. He sat where I sat him, held the toys I gave to him (but didn't play with them) and generally sank into himself. OB danced for him, talked to him, brought toys for him, but to no avail. He sat at the table when I served meals and nibbled dully at the food. He took tiny sips of the drinks I offered him and then set them down. Every so often he would break into new sobs, punctuated by persistent repetition of phrases I simply could not understand, despite concerted efforts.

After tea I had planned to walk us to the park simply to shake off the cobwebs, but the weather looked unpromising so instead we went out into the garden. He definitely perked up at the idea. "Garden! Garden!" He had one go on the push along bike and one go on the slide, but it was the footballs that really caught his attention and we spent probably ten minutes enjoying a gentle kickabout. At one point he even copied me in clapping himself for a really good shot. In fact, I could have sworn I almost saw the faint beginnings of a smile. And then, all of a sudden, I saw his face fall and start to crumple and I knew the horror of it all was back. His body went slack and the tears started to come and I had to pick him up and carry him back inside where he cried inconsolably for another half an hour.


Nobody should ever be in any doubt that removal from home and family, however terrible we might believe that situation to be, is, in itself, a terrible trauma for a child.


This little boy's distress continued unabated throughout the weekend, exacerbated by the fact that, as it transpired, he had virtually no English and I had no words in his language (although I have a couple now!). So, it was impossible to bring any soothing words, or to understand many of his requests and outpourings. On Monday morning we had 15 minutes of repeating the same word and crying on his part, and experimentation and guesswork on my part before I realised that all he wanted was a piece of bread. Although we saw a little improvement in the afternoon, and even a few smiles, courtesy of the generous and open friendship of a friend's children, it was agreed that it would be in his best interests to find him bilingual carers as soon as possible. To their credit, our LA had this arranged by Monday evening, even though it meant getting approval for the extra cost of going out to an agency. I had mixed feelings about this as I was sad not to be able to see a placement through for the first time, and also because I knew that his enthusiastic smiling and waving as he left was only because he thought he was finally going home. But I also knew that, although he would be devastated anew on arriving at yet another strange house, at least these new strangers would be able to explain, soothe and comfort him with their words in a way I never could.
Email Post
Labels: Birth Family children's social care Fostering Toddlers