Baby Girl is more than two months old now, and it seems that the older she gets, the more anxiously we all monitor her development, looking for things that aren't quite right, aren't quite going according to plan. At her 8-week assessment recently, concerns were raised, notes were made. We are all looking into the unknown.

I won't go into Baby Girl's history here because it's not my story to tell, but I'm sure most readers will know that there are only a limited number of reasons why a child might be removed from its mother as quickly as Baby Girl was.

So I have watched with interest this last week as a news story has emerged of a legal case where it is being alleged that a six-year-old girl is a victim of crime because her mother drank during pregnancy, leading to brain damage. Incidences of Foetal Alcohol Syndrome are on the rise, with a reported 313 cases in 2012-13.

I have struggled with this story. If the case is successful, apparently it could make drinking while pregnant a crime. I have seen a lot of internet chatter expressing full-throated support of such a move - not surprising perhaps among the adoption and fostering community, where many deal every day with the devastating effects of alcohol and drug abuse during pregnancy.

But for myself, I am unsure. I wonder how would such a thing be enforced? Many addicts do not routinely engage with health services during pregnancy, so how would anybody know what was going on until it was too late? What if the mother claims not to have known about the pregnancy for several months? And what of those who participate in, say, a champagne toast at a wedding? Are they to be placed on a par with those who persist in drinking regularly and heavily throughout pregnancy? I have never been pregnant, but even I know that drinking during pregnancy is highly frowned upon. All of my friends have avoided alcohol (and a host of other potentially dangerous things including soft cheese and pate - will we make eating those things illegal too?) throughout their pregnancy. There can hardly be anybody who does not know that drinking and pregnancy do not go together and yet some apparently persist in doing so anyway. Will a change in the law alter that? I'm not convinced that it will.

While I inwardly rage at the damage that has been done to some of the children I have cared for before they were even born, I also rage at the horrible disease that is addiction to drugs or alcohol or whatever. I have written before about the layers of tragedy that lie behind the lives of the children I care for. Trying to understand the overwhelming power of addiction and the way it eventually destroys every single part of a person's life leaves me torn between feeling anger at the birth mothers and feeling intense sympathy. There's no point talking about 'fault' or 'choices'. Some of these parents come from generations of families ruined by poverty, violence, addiction, crime, abuse. While I personally know people who have managed to break this cycle, the level of support that they need is enormous. For those for whom that support isn't available, the task looks insurmountable.

But who can fail to sympathise with the little girl who is the subject of this court case? She has been abused and damaged by the very person - the only person - who should have been nurturing her unborn form. If, by someone's deliberate action or inaction, we are injured, we expect to be able to seek redress through the legal system. Countless TV adverts inform me almost daily that if I so much as slip on a wet floor and twist my knee, I ought to be entitled to hefty compensation payments. Where is the compensation for these injured children?

If this little girl wins her case, I suspect that I will punch the air on her behalf, regardless. Our heads and our hearts long for justice for children such as these. However, I fear that criminalising pregnant women will not provide that justice. In fact, I fear that such justice may never be truly achievable in any meaningful way.
Email Post
Labels: adoption Fostering government policy Whose Children? 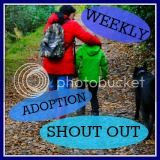