Adoption and Fostering: Not a Competition

It's the FA Cup final tomorrow. Being one of a family of MUFC supporters I will be taking a keen interest of course. It might be a few years now since I've been in a position to actually get hold of tickets and go to a game, but I still find myself tuning into Match of the Day most weeks to keep up with the latest news, and cheer (or, more recently, gnash my teeth!) at the results.

Funnily enough, when Match of the Day is on, I don't notice that my twitter feed explodes with people feeling cross that the BBC is not talking about the rugby, or the snooker, or the golf, or the horse racing. There doesn't seem to be much complaint that showing a programme about football implies that other sports have no value.

And yet whenever there is a pronouncement about adoption from the powers that be - and lately there have been plenty - there seems to be a sense that even talking about the positives of adoption is somehow denigrating all other forms of permanence. Even when the phrase "when it's in the child's best interests" is added, the concern is still there.

Recently, I had a conversation with real life people about adoption. We were specifically talking about adoption. And yet every time I said something nice about adoption, I felt compelled to say "and other forms of permanence", or something similar, in order to ensure that absolutely nobody got the impression that I think that adoption is the only good option. 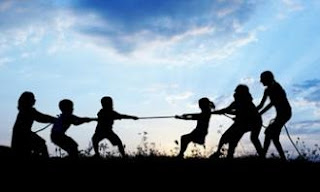 It's Foster Care Fortnight. I'm a foster carer. I have chosen not to assume that when a Government Minister, or a NGO representative says something good about adoption, they are implicitly criticising fostering (and other forms of permanence!). It's not a competition. At various times we can promote one option without it necessarily being at the expense of another. The existence of Fostering Fortnight does not imply anything negative about adoption, any more than National Adoption Week does about fostering (and other forms of permanence).

If we say that adoption provides a stable and loving home, we are not saying that fostering or kinship care does not. I provide a very loving home, and certainly in long-term fostering (and other forms of permanence) there is stability. But I foster children who are waiting for permanence. By definition, this is not their stable home. It might be stable from one day to the next, but there's no long-term stability until permanence is achieved.

So, when people say there are children waiting for a stable and loving home, they're talking about the children that come to live temporarily in my home. And I choose not to be offended. I don't think they're saying my home is not loving and, inasmuch as it can be, stable. I share the hope that the children I care for will one day find their permanent stable and loving home. In many cases, that will be through adoption.

National Adoption Week has its place. Foster Care Fortnight has its place too. Recruitment is an issue in both these areas. And recruitment for fostering is not so different from the sugary-sweet approach of recruiting for adoption - room in your heart and room in your home, anyone? Adoption made the headlines after the recent Queen's Speech. It always does. But adoption was only one part of it. It may only be right for a very small number of children, but it makes the headlines (and sells papers) because of the warm and fuzzy feelings. I prefer to ignore the headlines. Most people who know the score do the same.

Do we need to stop talking about adoption in order to address these things? I hope not.